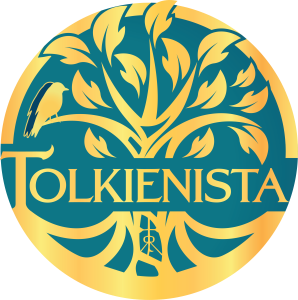 John Ronald Reuel Tolkien was first and foremost a great philologist: words and languages were his bread and butter. Languages that evolved throughout their history, languages near and far, languages that had to be translated. Because Tolkien was also a great translator: dealing with Old and Middle English, it was necessary for him to translate into modern English, according to contemporary language, those ancient texts that would inspire him so much as a future author and creator of worlds and languages. It is perhaps from the translation into modern English of the poem Beowulf that Tolkien’s great literary production started; and to this first translation work, the Professor also dedicated a study, Translating Beowulf, in which he explained and argued his choices and reflected on the difficulties of translation.

Therefore, it turns to be useful to devote a collection of essays to Tolkien as a translator: to his way of translating, to the criteria he used, to the choices that distinguished his style and that inevitably influenced his sub-creation(s). Tolkien’s interest in translation was manifold and peculiar; moreover, the quick success of The Lord of the Rings around the world soon prompted him to draw up guidelines on the nomenclature of the work itself for those who would attempt to render the novel in their own languages. Several countries may now boast of having more than one translation of the adventures of Frodo and the Ring, thus providing new elements for reflection in Tolkien translation studies. This miscellany therefore aims to cross-examine, from a comparative point of view, the translation practice of Tolkien’s work in the light of the author’s thoughts on translation itself.

Contributions are particularly requested that investigate:

1) The translation methodologies that Tolkien used in his translations and that he establishes in his non-fiction works, with particular attention to the essay Translating Beowulf;

2) The translation criteria Tolkien gave to the translators of his works, especially in the “Nomenclature” and “Appendices” of The Lord of the Rings;

3) The use of such methodologies and criteria in translating Tolkien’s works into the language of one’s own country;

4) The possibility of applying these methodologies and criteria in future translations of Tolkien’s works into the language of one’s own country.

This Call for Papers is international and open to Tolkienian scholars and fans from all over the world: the participation of linguists and translators from is requested and welcomed. Essays will be published in two languages, English and Italian, by carefully selected publishers. For those who need assistance in translating their essays from Italian into English and vice versa, please contact the editors. Anyone wishing to publish this volume in their own language is encouraged to do so by writing to the editors and making arrangements with them for this purpose.

The maximum length of contributions is about 6500 words, notes, bibliography and spaces not included in the calculation. Abstracts of no more than 300 words are requested before December 2021; essays are due in May 2022. Essays should be written according to the editorial criteria that will be indicated to the participants via e-mail. Citations should not exceed 15% of the total word/character count of the article. Copyrighted material should be avoided unless you have permission to publish.

Email addresses to which proposals should be sent:

One thought on “Call for Papers: Tolkien as a translator: investigations on Tolkien translation studies”